We chatted with Oscar, BAFTA and British Arrows (among others!) winning visual effects company Framestore about being at the forefront of technology, building polar bear motion simulators and how they bring impossible stories to life.

Co-founder and Chief Creative Officer of Framestore, Mike McGee has worked across all facets of the business, as a VFX compositor, as an on set VFX supervisor for features and television dramas and as a director of channel idents and TVC's through their in-house production team. Now, he gets excited navigating the challenges created by an emerging range of immersive platforms.

“There has never been a more exciting time to be a creative designing and making digital content,” says Mike. "Starting the business over 34 years ago with four other co-founders, we never would have expected to be doing the things the company does now." 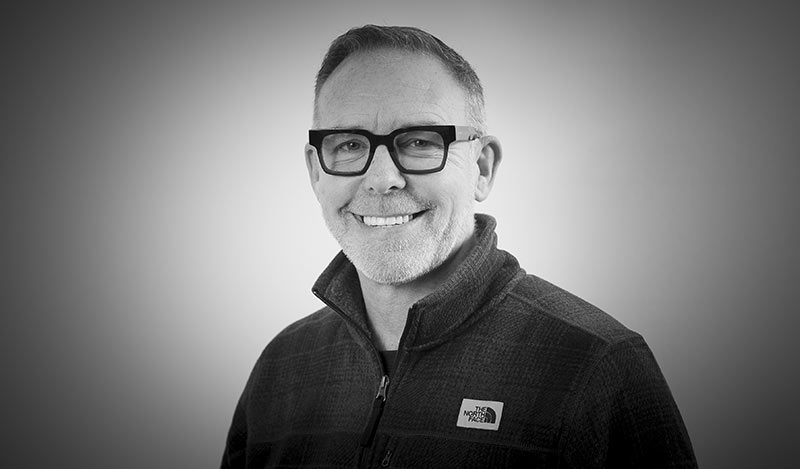 “We started out simply making visuals for flat screens,” he says. “Today we’re telling stories across nine different platforms from mobile phones to augmented reality and even theme park rides, all of which are increasing areas of revenue.” With audiences’ viewing habits changing and the way people consume and experience different content, Mike says that, “we now have the opportunity to create assets that live across multiple platforms so that people can enjoy their favourite IP in a film, on TV, through a mobile application, as a piece of interactive virtual reality (VR) or as part of a theme park attraction.” 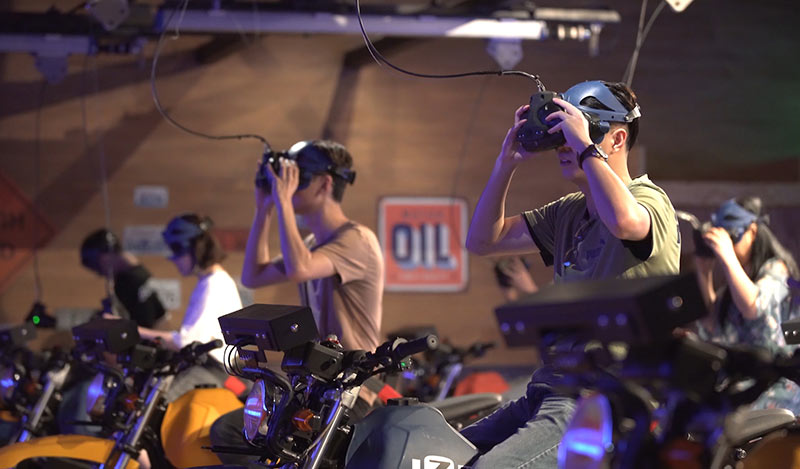 Even though the consumer experience and Framestore’s capabilities as a company have evolved immensely over time, the one thing that Mike notes has been a constant over his career is the power of compelling narrative. “Storytelling is more than just creating visual content, we have to consider what we want people to feel, especially in immersive projects where more physical experiences can elicit a very different emotional and physical reaction.”

A great example of this is the way CGI characters bring stories to life. Mike says that their main goal when creating a CG character is all about giving directors the freedom to evoke an emotional performance in the same way they would with living actors. “With CGI it’s about generating powerful performances, creating a seamless presence that elevates an animated character to a leading actor, one who can generate a genuine emotional connection with an audience to make them laugh, cry and most importantly care,” he says. 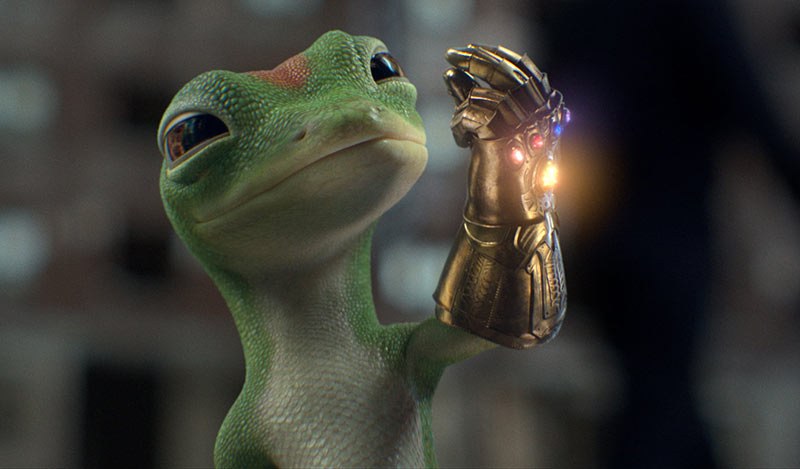 The hard part of this however can be visualising and interacting with a virtual CGI character or environment on a minimalist blue screen set. Framestore’s response has been to launch their pre-production services, FPS, which provides clients with the ability to plan out the visualisation of VFX and virtual assets before any shooting even takes place and then follow through on set with virtual cameras, animated CG creatures and real scale environments.

The diverse range of skill sets that the five co-founders brought with them when they started the company all those years ago has stood them in good stead as the needs of the industry have evolved over time. Fast forward to 2020 and the company now employs mathematicians, physicists and coders as well as the more traditionally artistic roles. Mike prefers to use the term “unlike-minded individuals” to describe the talented problem solvers that work at Framestore. “We have over 52 different nationalities in just our London office. We need a diversity of skills, ideas and experiences to remain relevant and continue success,” he says.

Being able to assemble the right team is critical to inventing new technologies and techniques that help us achieve things that haven’t been done before. “We’ve established a reputation in the industry of finding solutions to the seemingly impossible,” Mike says. Framestore describe themselves as creative storytelling partners, rather than just solution finders; working with directors, studios and brands from the earliest stage development often produces results that far exceed the initial creative expectations. “Our success is about building relationships based on trust and by blending the right mix of scientific and creative thinking with technological innovation,” Mike adds.

The company prides itself on living at the cutting edge of what is possible. They’re always adapting and experimenting with existing technologies that can be adapted to help achieve the best physical or visual effects. The team’s creative technologists have an innate curiosity which often means stepping away from the computer to explore different ways to approach a problem; whether that’s building bespoke motion rigs for actors to work with, adapting robot technology to build a new high speed camera rigs or designing the 360 degree fully programmable LED lightbox used for Gravity. 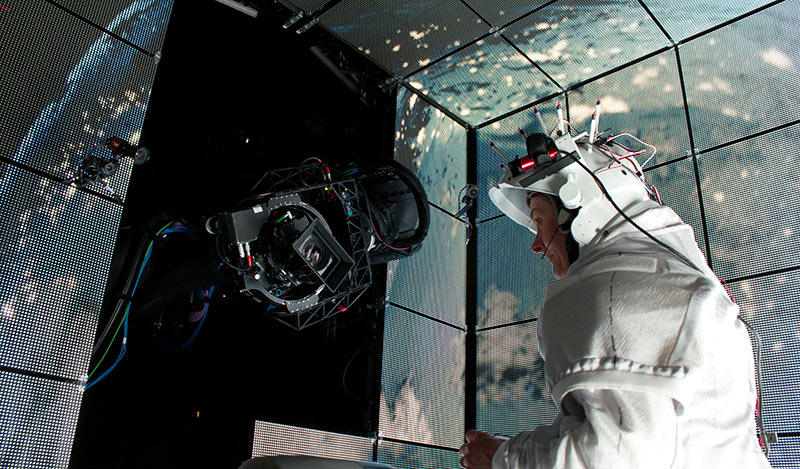 “We don’t want people to think of us as purely as post-production, we have something to offer from beginning to end,” says Mike. They pride themselves on taking huge risks on technology that isn’t tried and tested, but Mike explains that taking a leap into the unknown has often resulted in some of their most satisfying and rewarding successes. “That’s why it's so valuable to be a trusted partner, to have clients who are prepared to join you on a journey of risk.”

“The ambition is to always give any audience the best possible experience of a story, whether that’s on a flat cinema screen or in something physical like a theme park ride,” says Mike. In always striving to generate unforgettable images through ideation and craft, they’ve been recognised time and time again for their achievements, with many awards under their belt. 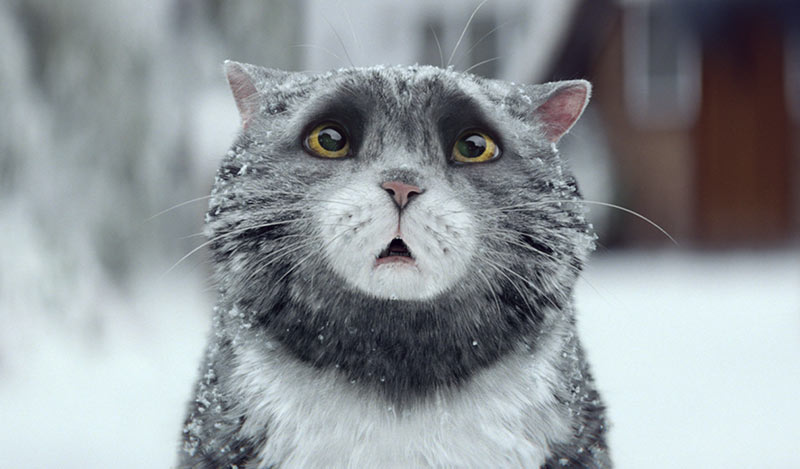 Mike notes that the awards that they’ve won, and awards in general, are a testament to what can be very big investments of peoples’ time. “Some projects can take a number of years, and it’s always satisfying to have your work recognised”, he says. Mike adds that awards help to reward, motivate and acknowledge your talent. Winning an award elevates people among their peers and gives others something to aspire to.

Framestore is a proud supporter of British Arrows and this year hosted the judging at their Chancery Lane studio. Framestore value the Arrows as they focus on both the craft and creativity, with Mike adding that the awards are judged by people who are very well respected within the industry so you know whatever wins will be genuinely worthy.

To read more about Framestore please click here. To find out who the winner of Agency of the Year will be, the category Framestore is sponsoring, purchase your tickets here.