While we adjust to new ways of working, schooling and living in general, we thought it would be a good time to check in with the British Arrows board and see how they’re dealing with the new normal.

We chatted to Davud Karbassioun, President at Pulse Films from his home in LA, about the production & creative possibilities enabled by the pandemic, and what he thinks the next steps will be for the industry to return to some kind of normal.

"We’re trying our best to figure out a new world,” says Davud. Noting that projects are now inevitably much more contained but also more complex, involving a lot more informed problem solving. Quoting Orson Welles, “the enemy of art is the absence of limitations,” Davud hopes that perhaps putting such strict limitations around what can and can’t be done could inspire a fresh approach to creativity.

“It’s a producers world right now. People are forced to start to listen to producers again and take their guidance as we try to navigate what we make and how we make it under the ever-evolving conditions.” Producers have their work cut out for them though, “everything is so more work for less return, we’re clearly not into putting anyone at risk or breaking any guidelines, but we still want to be ambitious in the approach. To be honest, I’ve been awe of the spirit and proactivity of our team in being determined to figure this out.

As the lockdown starts to ease, things only become more complex from a logistical POV. “In full lockdown what could and couldn’t be done was very black and white; as things open up there are more (ever evolving) shades of grey that differ from country to country or even state to state that we need to understand and navigate carefully.”

“What’s been exciting is that we’re finding creative solutions and are still producing work,” he says, noticing that initially, everyone was defaulting to quick  “base camp solutions – using archive, rehashing old commercials, motion graphics UGC… but very quickly that felt old, so we’re pushing to be more ambitious in what we’re doing now.”

“When this lockdown started we thought that we wouldn’t be filming for at least 2-3 months, but we’ve made and delivered work both in the US and the UK for brands like McDonalds, Budweiser, Halifax, the BBC, Patagonia, as well as some inspired Music Videos.”

“Obviously, the work is welcome but the most rewarding thing has been the learnings we’ve made with each and every project.”

Choosing to focus on the positives, Davud says that to date “there’s been two approaches to how we can shoot, either everything is very contained and created on private property in people’s homes using only those they are in isolation with,” “or the other angle is to take a much more remote approach,” he says. “The next phase will be one where hopefully studios start to open (with strict measures on interaction, numbers and cleaning) and permits for locations will start to be issued again for small crews.” In the absence of those, the limitations have been much more extreme. 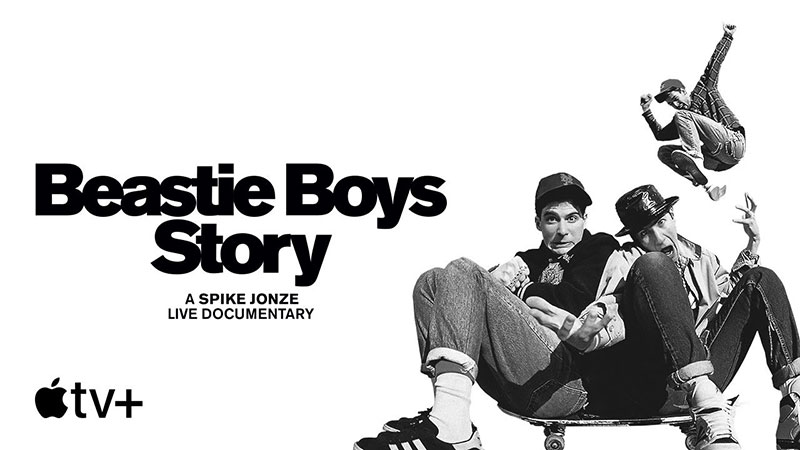 The good thing is that the remote approach can enable a whole creative production process, from the initial planning to the shooting throughout postproduction. The way that Pulse Films are now working involves a lot more video links – “we’re essentially doing the location recce and the casting session on zoom as you meet the filmmaking talent,” he says, with work produced early during the lockdowns “feeling a little home video, we’re driving things that are more ambitious and more crafted.”

Chatting about some recent projects, Davud explains how they worked with their director Ryan Booth to deploy a team, albeit in an isolated fashion, to create the assets required. “Sixteen DP’s, all across the US shot exterior shots of the lights coming on in McDonald’s stores. The location recce was done on Google Earth and Zoom calls were held for the briefings led by Ryan.” “It was really rewarding to see such quality work made against all odds,” says Davud, with the jobs they’ve done recently helping them to understand the challenges presented by the measures put in place to contain the spread of COVID-19.

“I’ve been so impressed with how our directors have positively responded to the restrictions as well. They have been amazing and are coming up with fresh solutions and ideas.  As a bit of fun, we launched a film series called the A-Z of quarantine where every one of our directors took a letter and made a short film. The results show the vast spectrum of quality video that can be achieved with so little.” 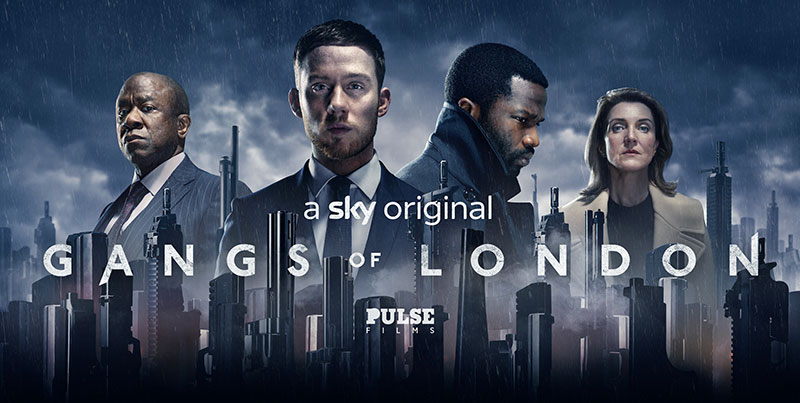 Thankfully for some brands the desire to create is still there, with Davud saying that they’re still “having a lot of conversations with partners about what we can shoot and what we can create.”

Davud feels it’s a time for brands (and agencies) to embrace risk. “The obsession with control and testing will have to be loosened in the short term and that’s no bad thing. In the words of one of our filmmakers James Marsh, “look carefully before you leap, but to get to something extraordinary you do have to leap”.”

He adds that it will be advertising and music video production experts who will set the course for the entertainment industry to follow. “I think advertising production will be the ones that figure this out. They experiment, shape and define all the measures in place that will become a familiar framework for filmmaking in general moving forward.”

“Everyone was talking about “when things open up” – the revelation in the past weeks is that we won’t be going back to what it was, anytime soon – this is going to change what we make and how we make it for a very long time,” he says. Outlining his thoughts for how he thinks the industry begins to return to some kind of normal, Davud summarises what he thinks the initial needs for the industry are as follows: there will be a much more contained group of people on set and in the absence of a cure, insurance waivers will be inevitable. He thinks that social distancing will become an awkward normal behind (and in front of!) the camera. And we’ll be cleaning and cleaning and cleaning again in between every step of the way. 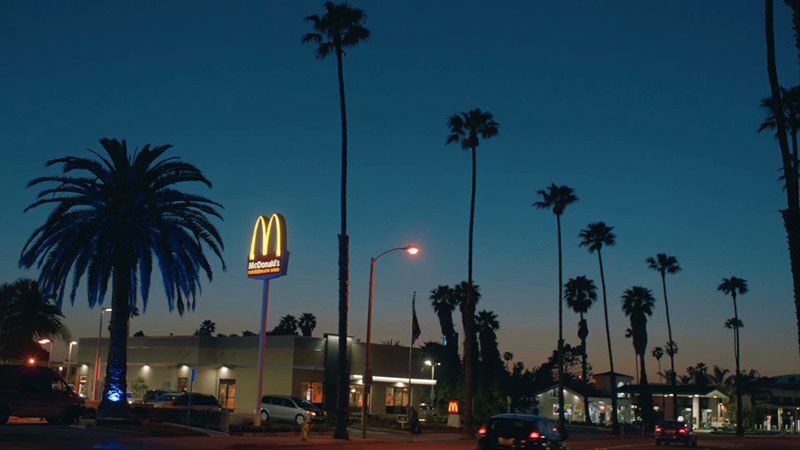 One of the biggest and longer-term differences, however, will be the absence of widespread travel; solutions will need to be localised – either remotely directed or by using someone on the ground.

The lack of travel is something that Davud himself has personally found to be a positive throughout all this. He has enjoyed getting to spend more time at home with his family and feeling like a bigger part of his young children’s’ lives, though he admits that it’s been challenging at times as it’s “its madness with two little kids right now!” With no international travel on the cards anytime soon, Davud says that they’re starting to look across the world to where places are opening up, and what is most interesting to him is figuring out how to work with those places to create even more opportunities.

Noting that the world had evolved already to enable working from home, Davud thinks that the bigger impact will be around mental health and people being confined to their homes. He also adds that not knowing when everyone will get to see their colleagues and extended families again is a scary thought, but at the same time a lot of people in the industry don’t know when they will get their next pay cheque. “It’s really tough, the freelance industry is in such a tough place and we want to do everything we can to look after all our close partners too. That’s why we aren’t taking anything for granted and appreciate the work that’s coming in.”

“We’ve proudly not made any redundancies, but we’ve tightened the belt and where appropriate, taken advantage of government support, we’ve done our best to speculate what this storm looks like and at Pulse Films we’re trying to weather the storm together.”

Pulse Films have also benefited from their unique multidisciplinary model. “Whilst not being able to shoot affects every division in our business, it has a different effect on Film & TV whose runway in development and pre/post-production is so much longer.  We have a number of projects in development and so it’s a great time to be doubling down on that, with the buyers keen to fill the inevitable gap looking in their schedule with work that can be made sooner rather than later. We were also lucky to have a few bigger projects in postproduction that pivoted to a WFH approach quickly but essentially continued as planned.”

Pulse Films launched the TV series Gangs of London on Sky and the much anticipated Beastie Boys Story directed by Spike Jonze on Apple+ last week.

“It was a seminal week for us and there is so much more to come. This situation is really tough on all of us, but it’s also strangely brought us closer together and reminded me that the best thing about our business is the talent. The people.”

Rather than waiting and hoping for things to swing back, Pulse Films are taking an active approach in trying to help figure things out. “I can’t wait to move on from this madness,  it will take time but we’ll come out of it and I hope we can look back and feel we did our best to learn and adapt under the circumstances as I feel we’re are only just getting started and have so much to build from.”